Capturing the spectacle of the best cocktail mixology

To create a kick-ass campaign to promote The Alchemist’s new cocktail masterclasses, taking place at its bars across the UK. The brand is known for smoking, flaming, fizzing, frothing, all-out Mad Hatter style cocktails, so we knew our work had to capture the sense of theatre, fun and spectacle that customers enjoy at an Alchemist bar. 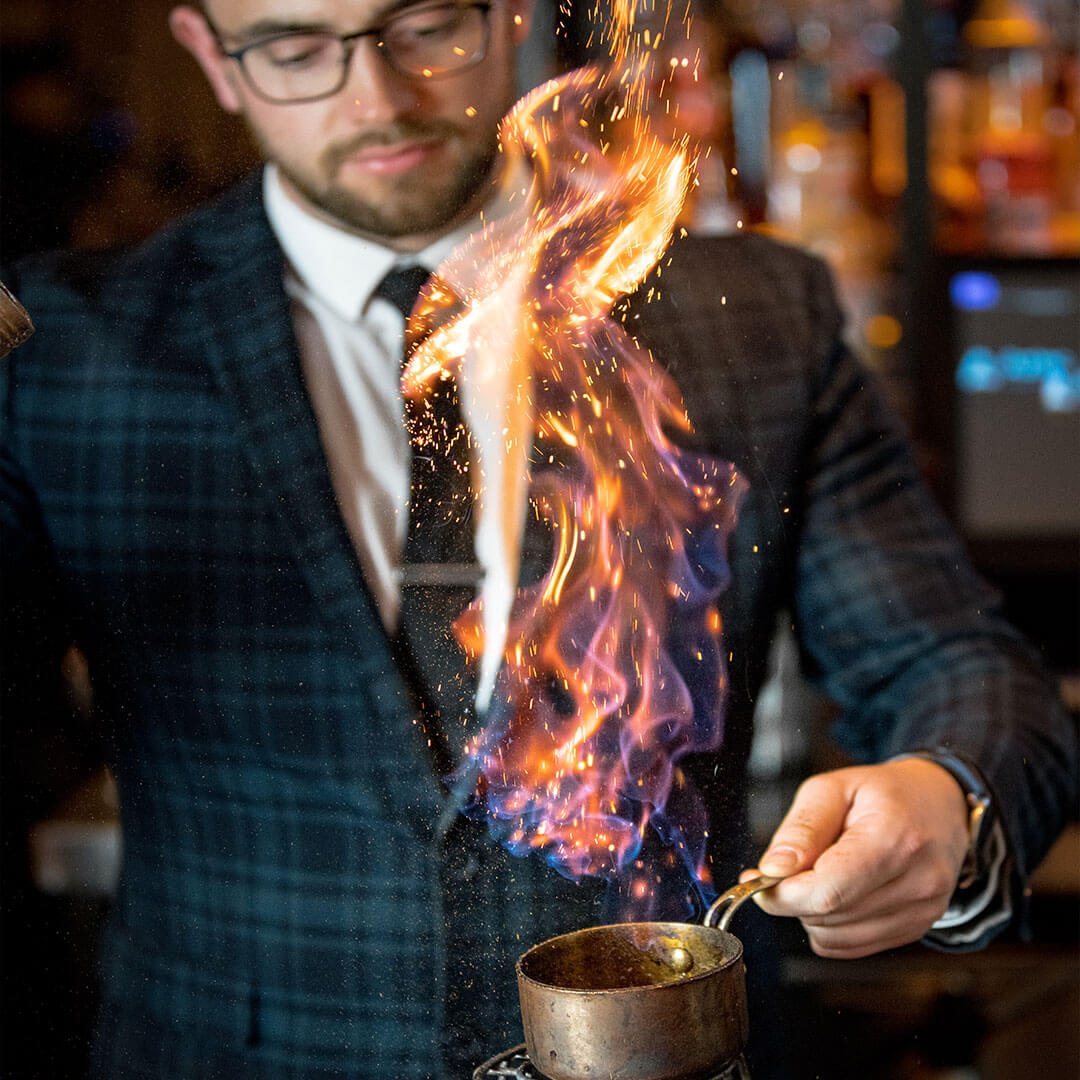 The Alchemist has some of the best mixologists in the business. Not only that, it was willing to share its secrets through a roll-out of cocktail masterclass sessions for customers. Quite a cool project for us to get involved in and document.

The team at The Alchemist needed videography and photography to support the launch and promotion of the masterclasses. It had to be spectacular – we’re not talking a warm pina colada, here. We’re talking bubbling cauldrons of head-fuckery that taste incredible.

The shoot was to be part of a live masterclass of 10 people – so we had to be mindful of that, and make sure everyone was relaxed as though the cameras weren’t there. Sniping the masterclass from the corners and dipping in every now and then to direct a few of the key scenes.

With a shoot like this, it was all in the planning. Aaron and the team at The Alchemist worked closely with our Head of Video, George in the pre-shoot planning. Everything was planned meticulously so that the direction and approach was watertight. We set up the cameras, flicked the lights and called ACTION.

The output had to reflect the same quality and consideration that The Alchemist puts into its drinks menus. There’s a lot of theatre connected to each cocktail – we made sure this was documented and nailed on camera. Colour-changing cocktails, smoking bongs and bursts of flame were captured in all their glory*.

Videos of the recipes were filmed on the day, replicating the energy of the mixologists and the speed at which it all comes together. The atmosphere in the masterclass was smoking! You could feel the buzz in the room, and that came out in the shoot. 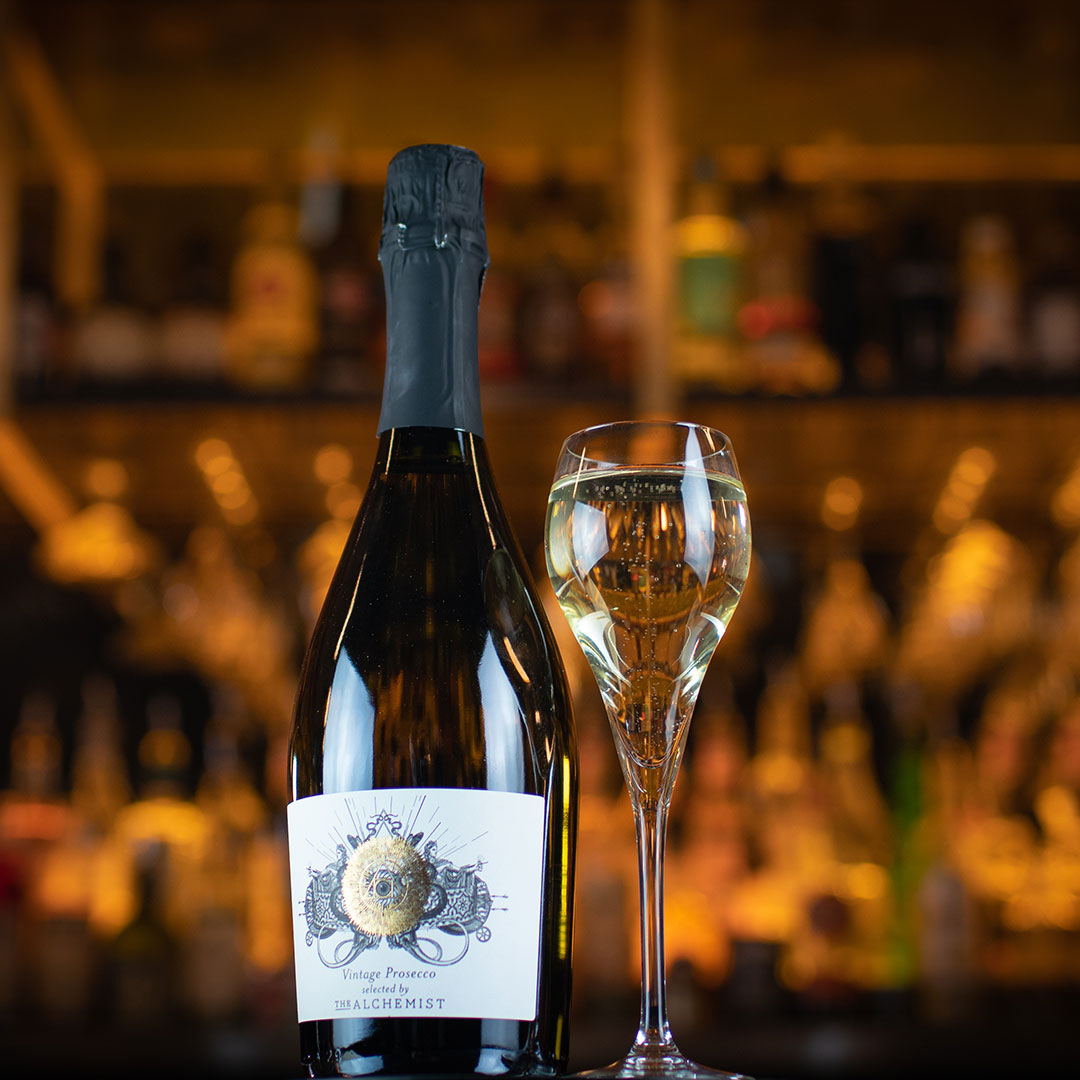 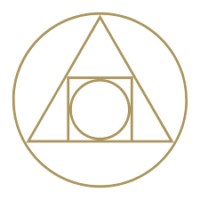 “LOVE THIS VIDEO! Thanks guys we are buzzing!”

Brand Manager at The Alchemist 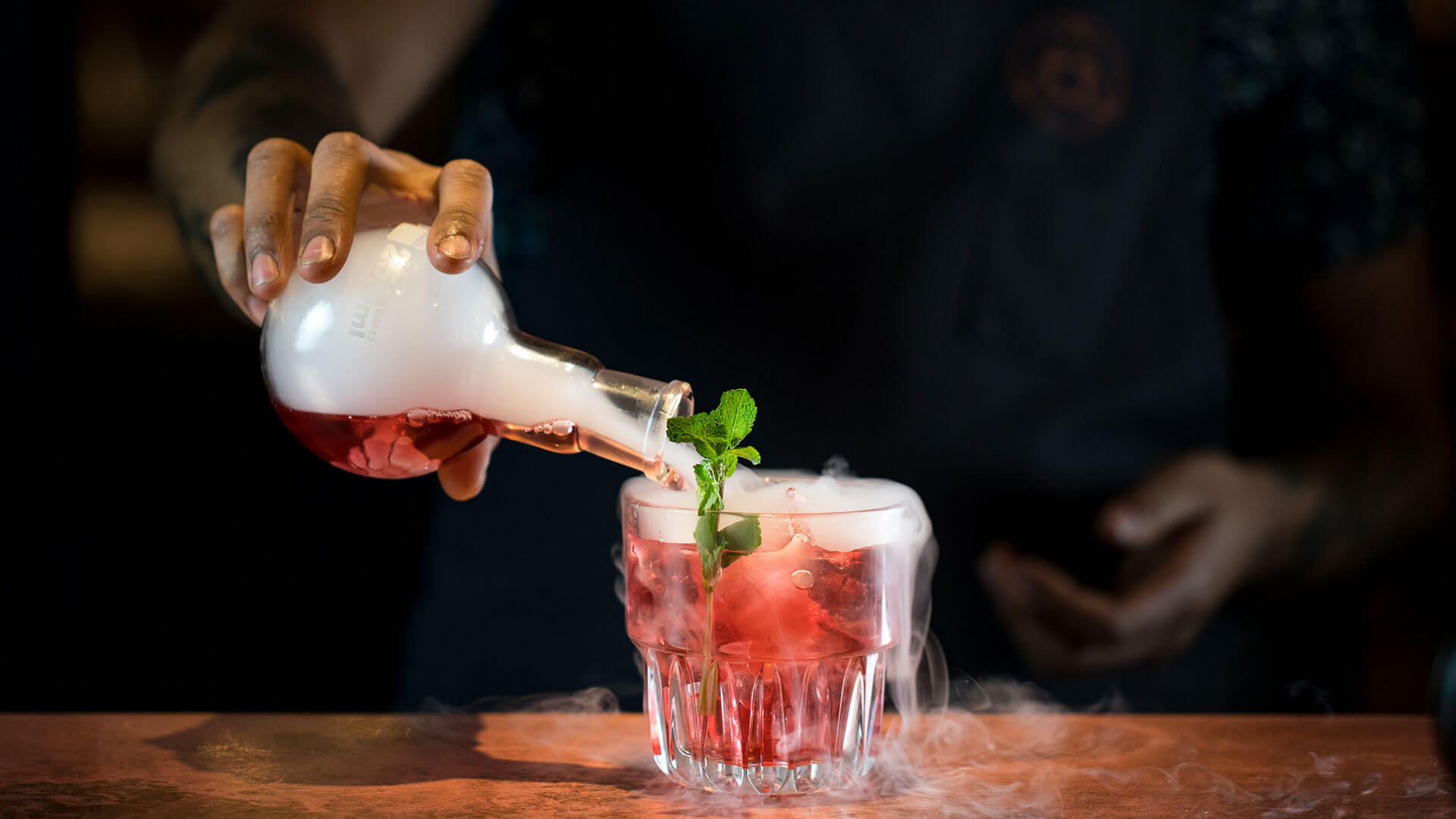 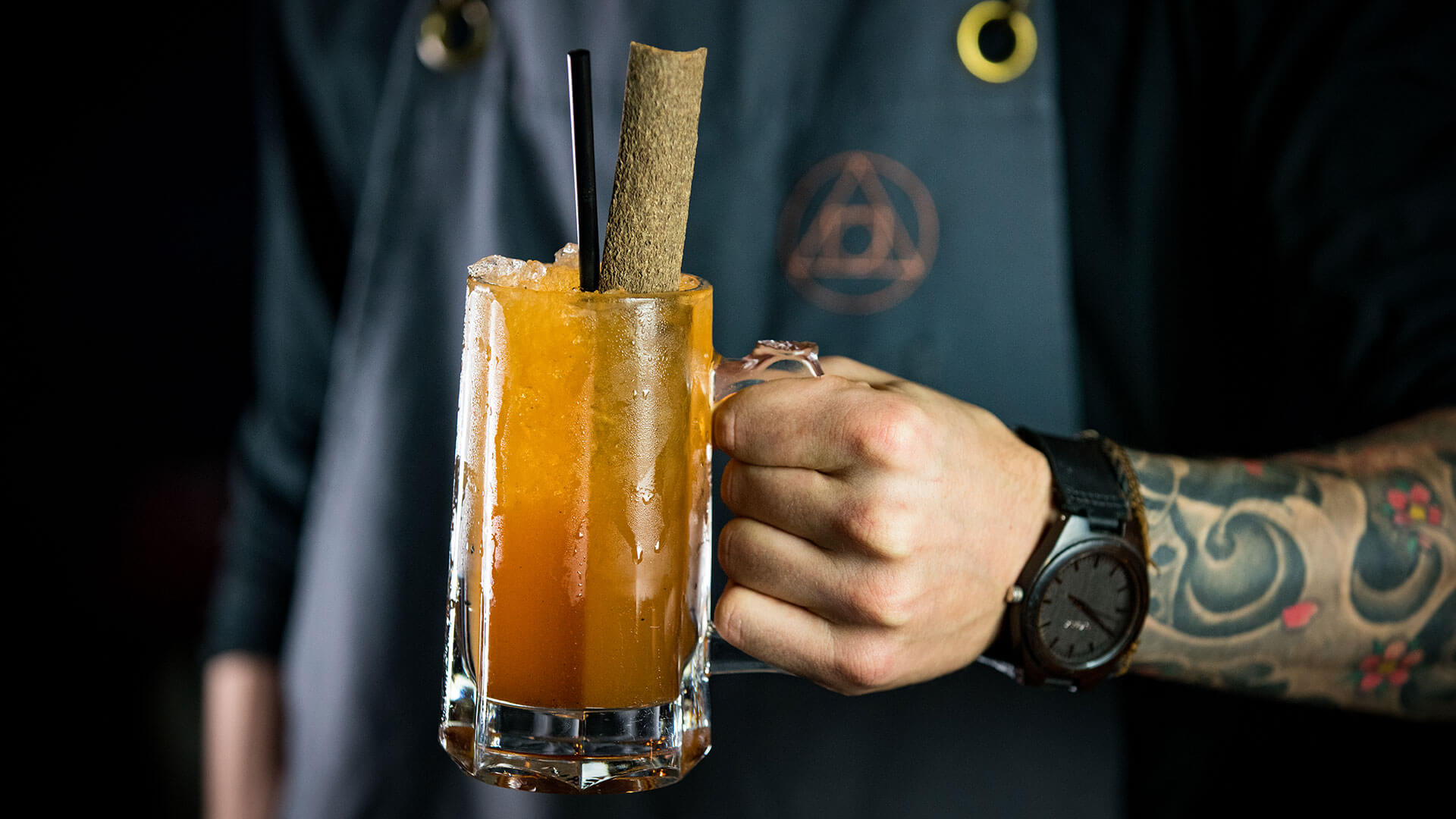 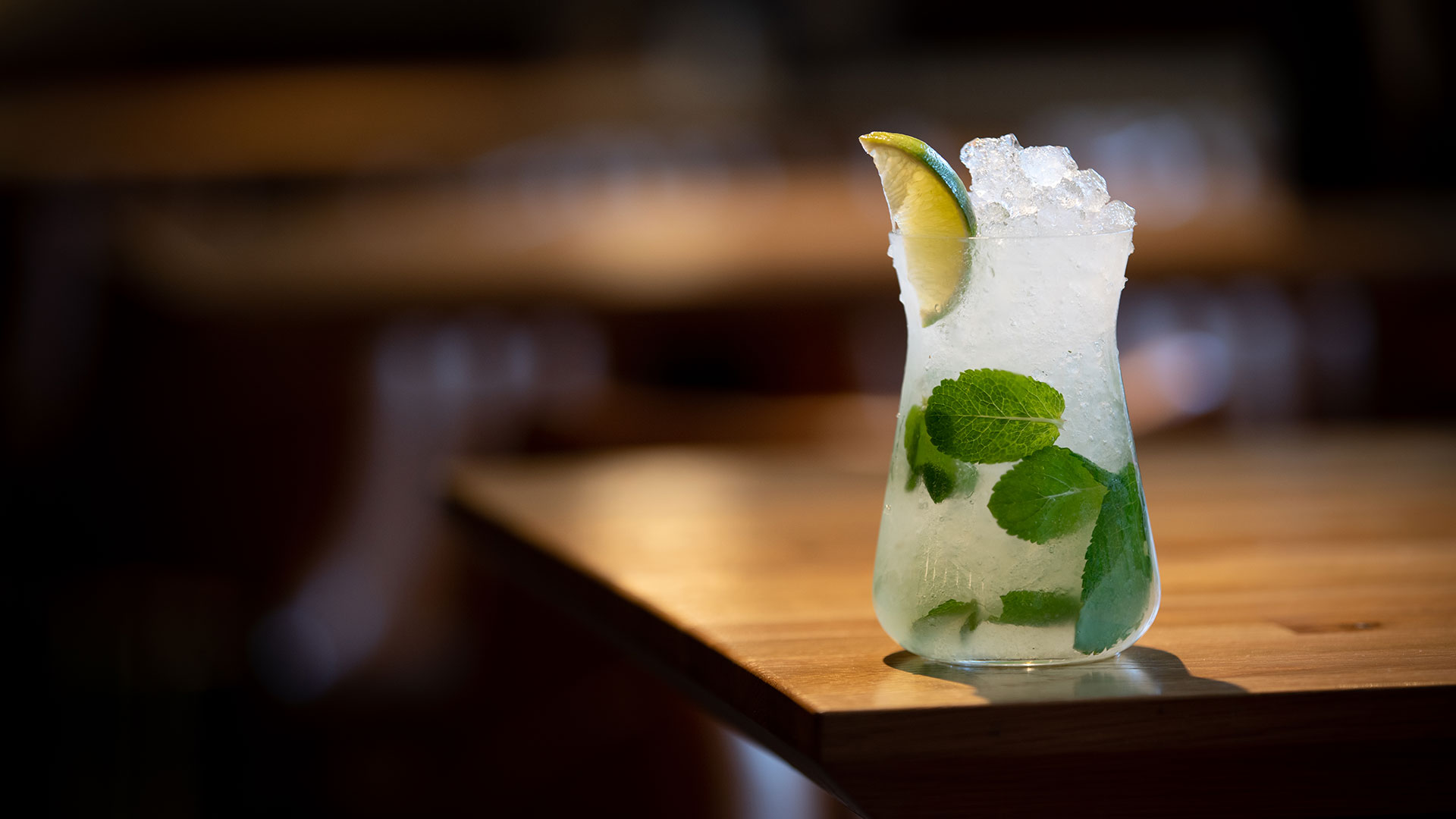 ``We love working with The Alchemist, super creative and uber professional - crossing the G&T's and dotting the Long Island Iced Teas`` ”

We LOVED this project. The team at The Alchemist were awesome to work with, and being asked to capture such dynamic and exciting work was a gift. It sparked our creativity, and theirs. (And yes, we did get to drink the cocktails afterwards).

The Alchemist rolled out the videography and photography on its website and across its social media profiles. We’re excited to be working with them again on more projects – watch this space!

*No eyebrows were harmed during the filming of flaming cocktails. 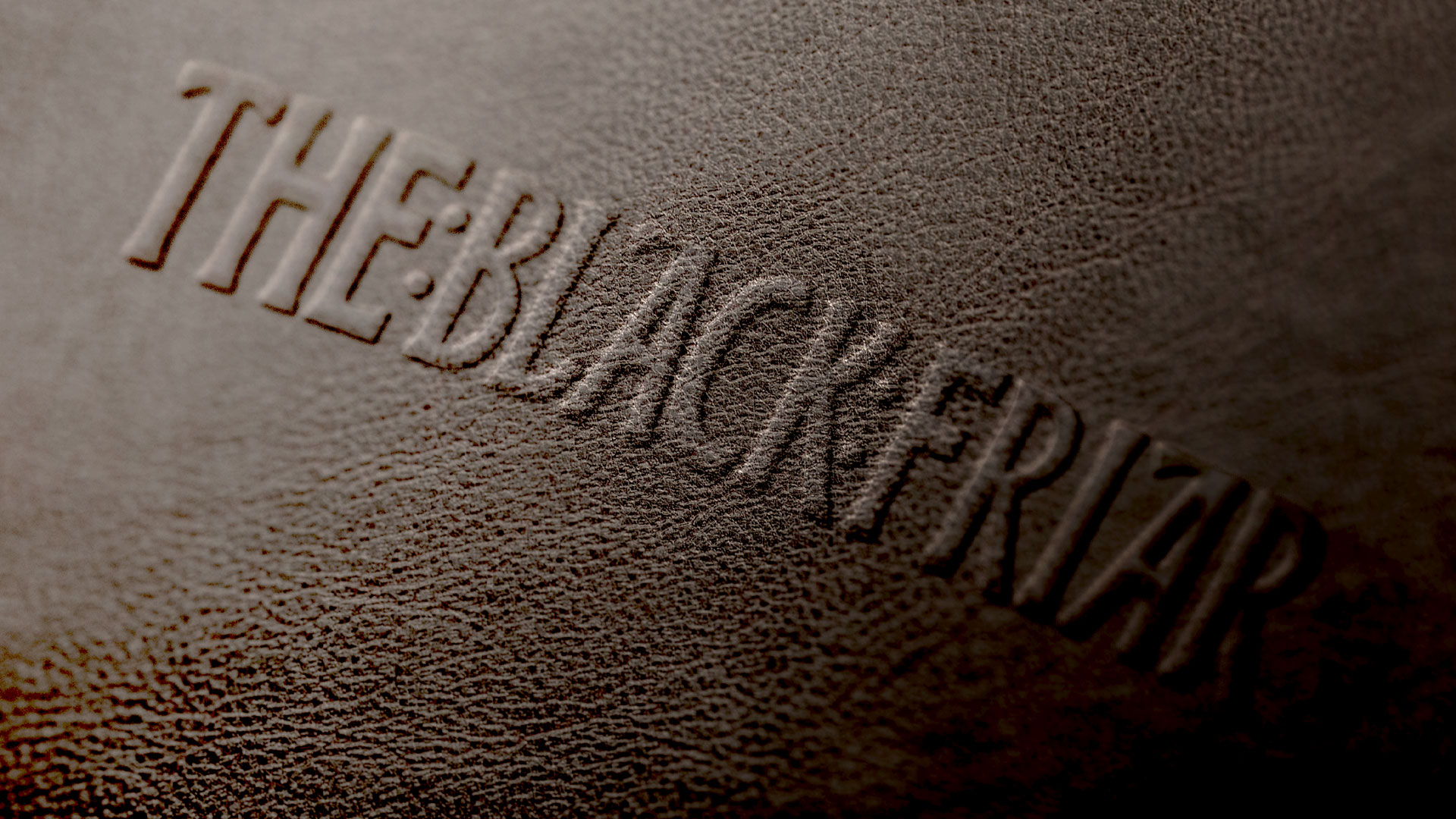 The Black Friar
A legend amongst giants 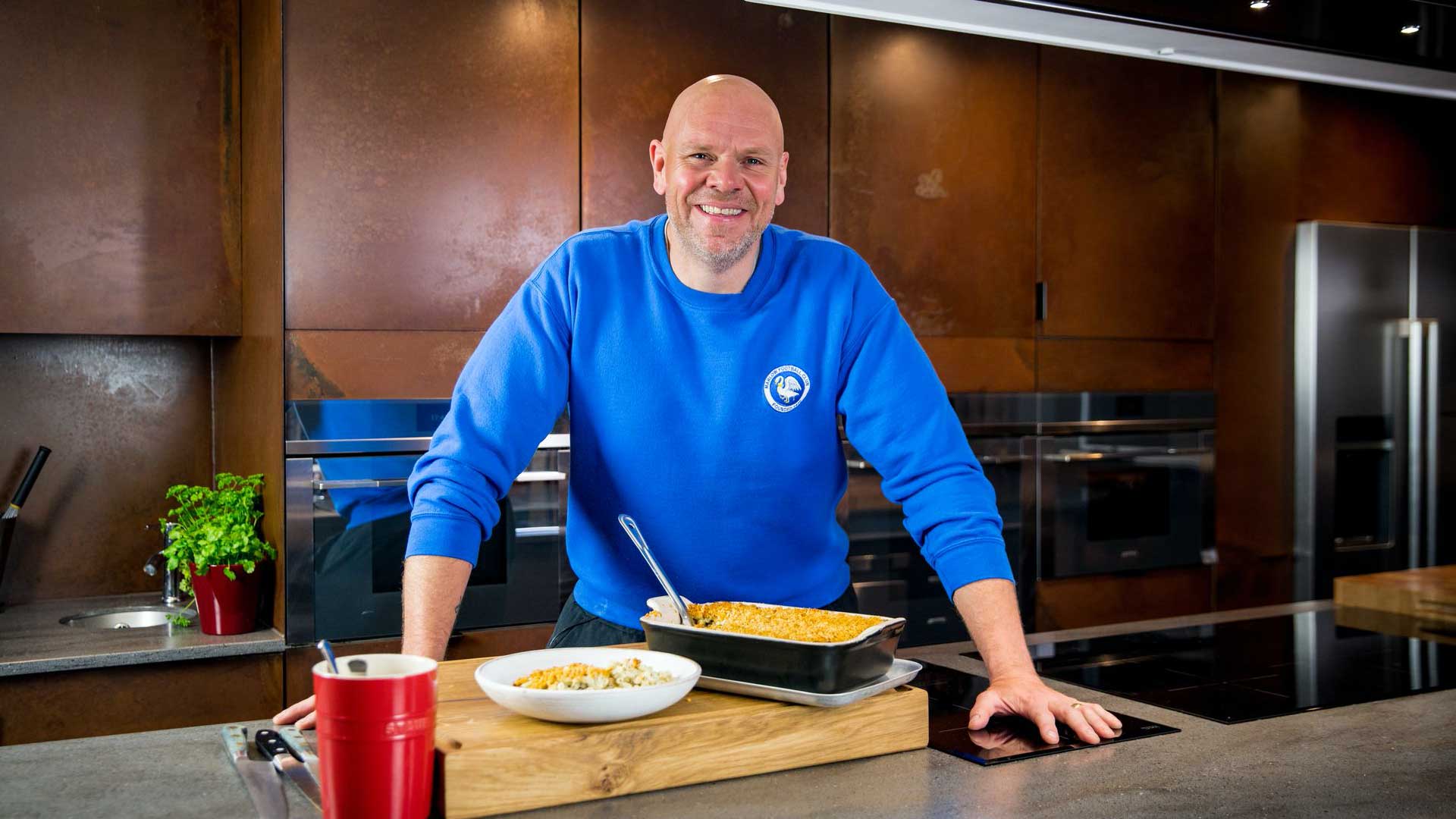