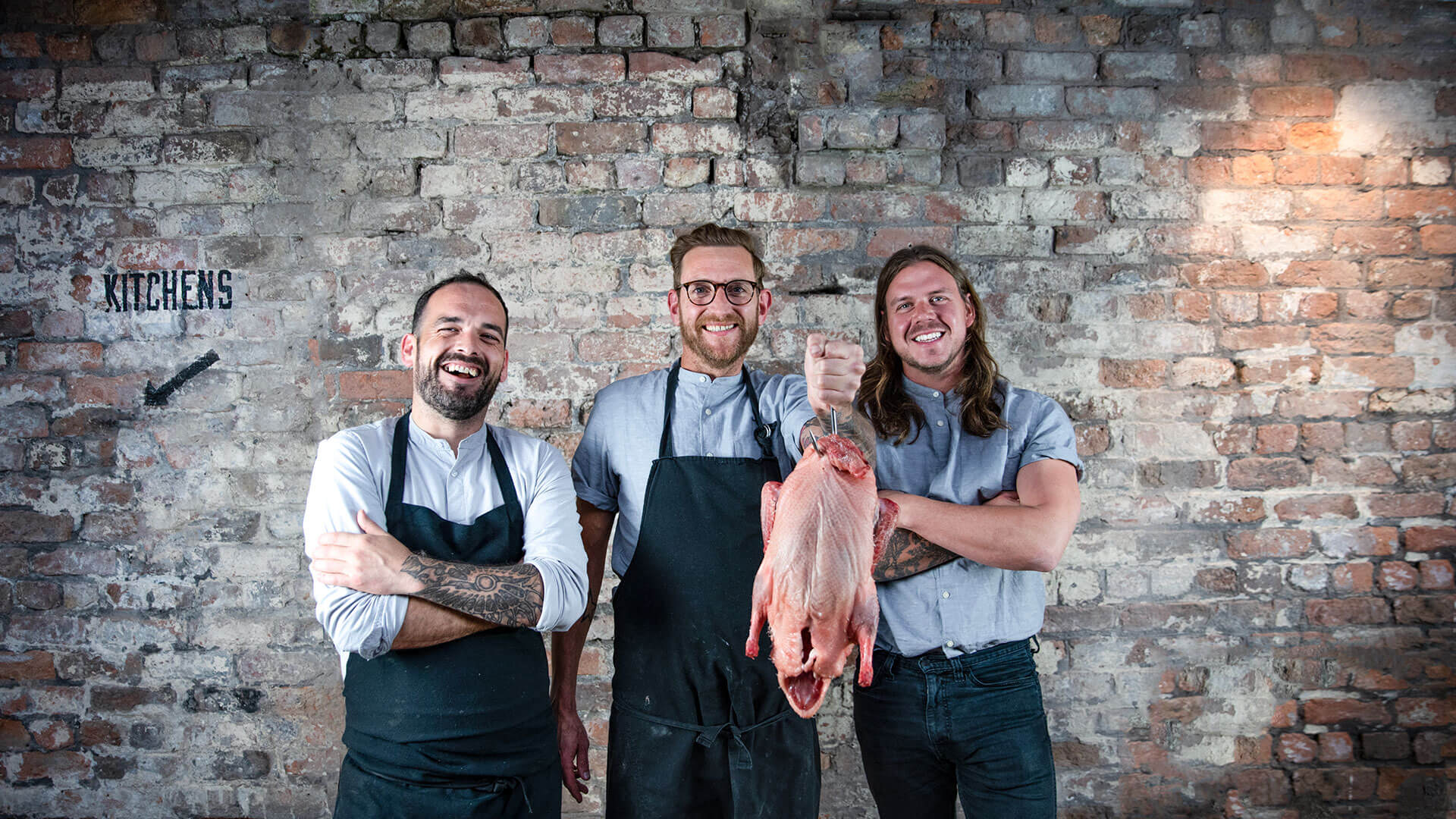 Behind the Scenes at Pilgrim

14 Jul Behind the Scenes at Pilgrim

Posted at 21:08h in Photography, Videography by DanNSD

If you haven’t heard of Pilgrim… You should have. They have caused quite a stir on the food scene.  The three founding members featured on BBC’s My Million Pound Menu and will soon launch their first restaurant in Liverpool.   Since their London based pop up, there is an obvious hype around Pilgrim opening their first permanent site in the North West.

Pilgrim was created by managing director Jamie Duffield, chef-director Dave Bone and brand and marketing director Anthony Power. The name is inspired by an ancient pilgrimage to Santiago de Compostela in Galicia, which has taken place since the 9th century, and draws on French, Spanish and Portuguese influences that line the route.

We spent a few hours on shoot to capture images for Olive magazine, who are running an article about Pilgrim. As big fans of Olive Magazine, this is a HUGE deal for us.  We shot a few dishes and also captured some reportage shots of the guys behind the new restaurant, really informal; to capture their personality.

We were given a sneaky peak of the space before the official opening date; capturing images of the vibrant and fresh dishes on offer.  We love a glimpse before opening day, it adds to the excitement of the shoot.

The guys were completely relaxed about us being in their space for the afternoon; which made capturing the perfect shot a lot easier for us.

The restaurant is based in the upper level Duke Street Market (soon to launch) a 200 year old warehouse; the ceiling is fitted with skylights making the space super bright and a dream to shoot.   Old features of the building have been kept intact, including stunning exposed brick, making the perfect backdrop for our shots. 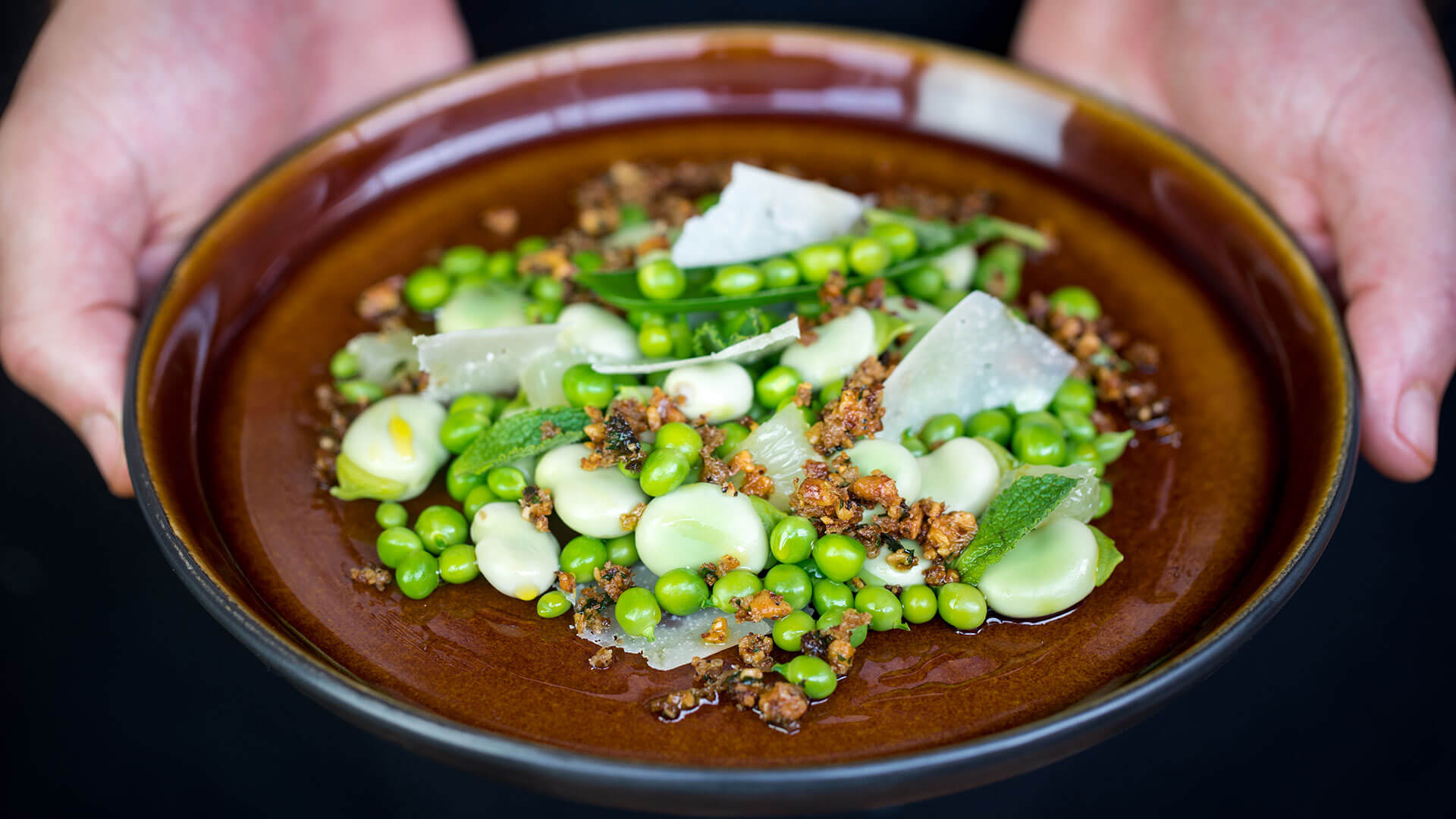 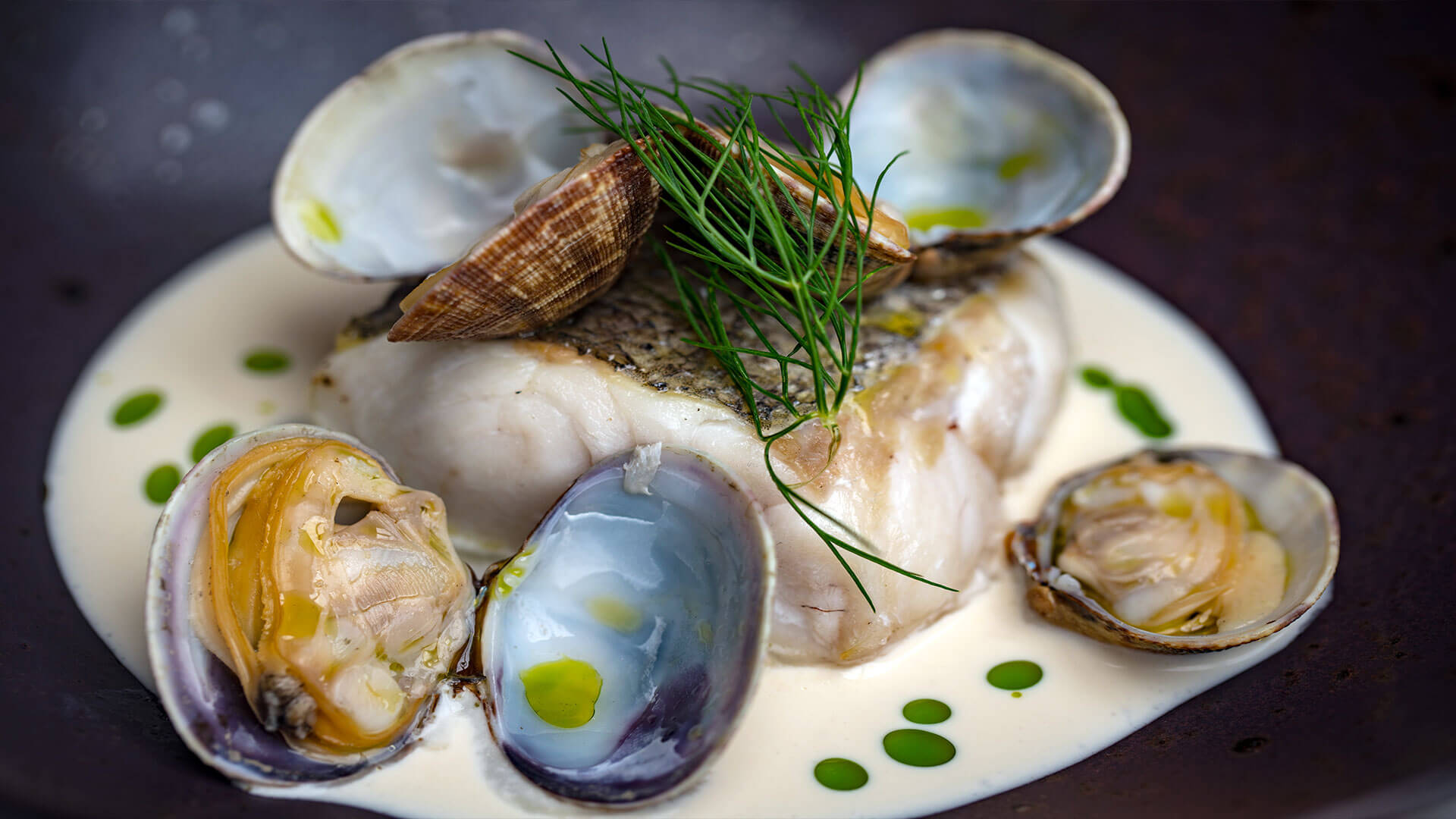 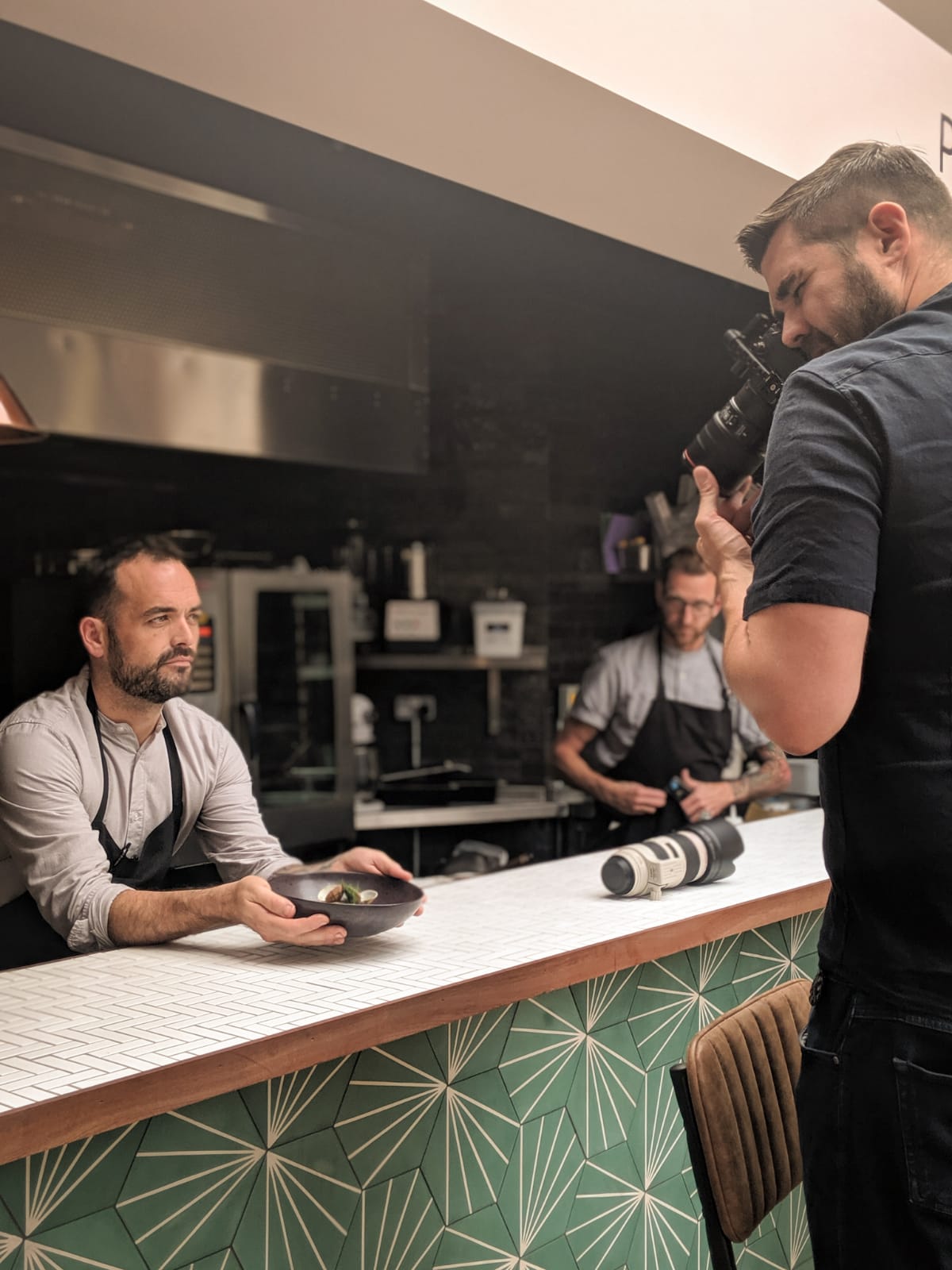 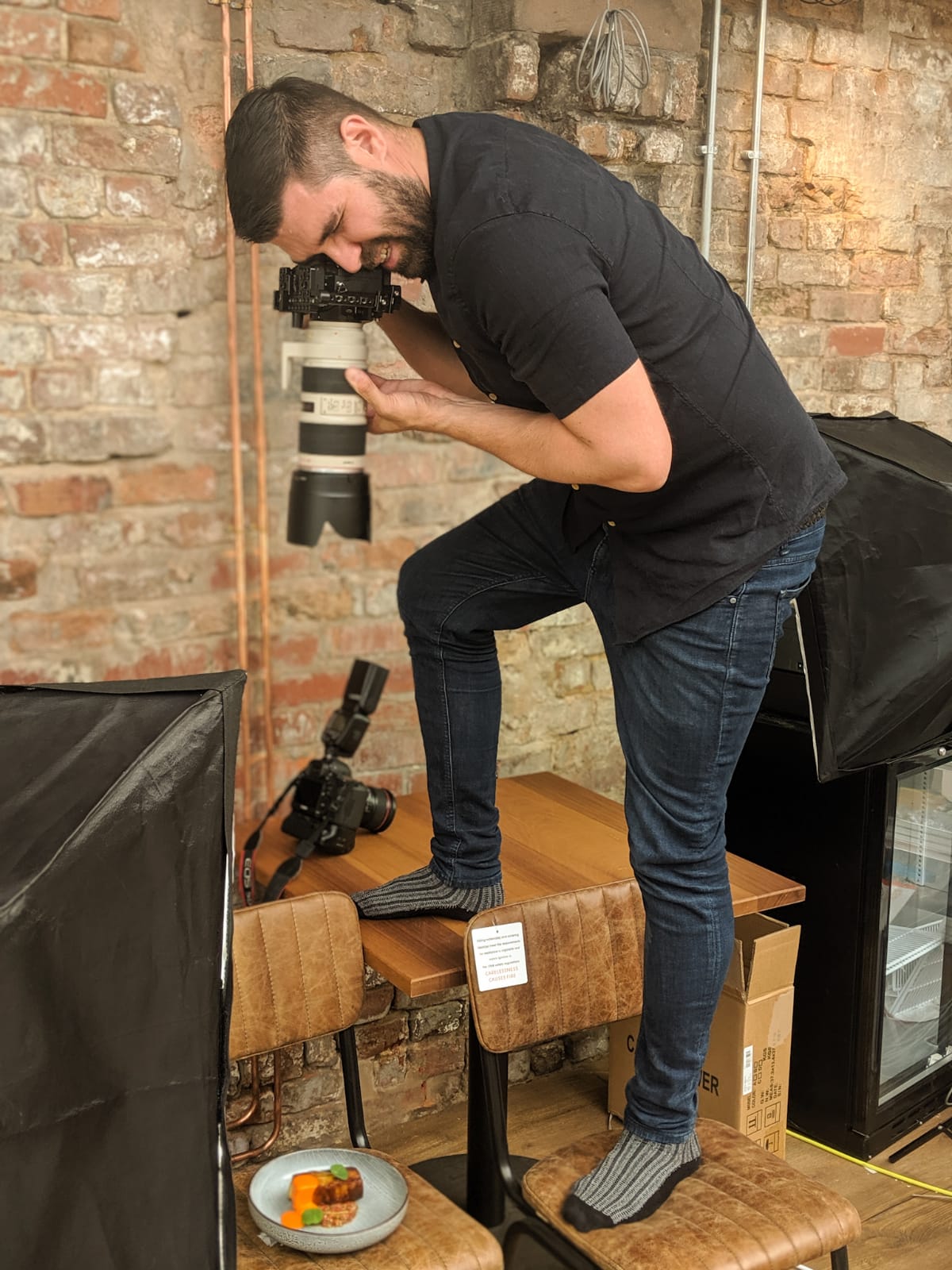 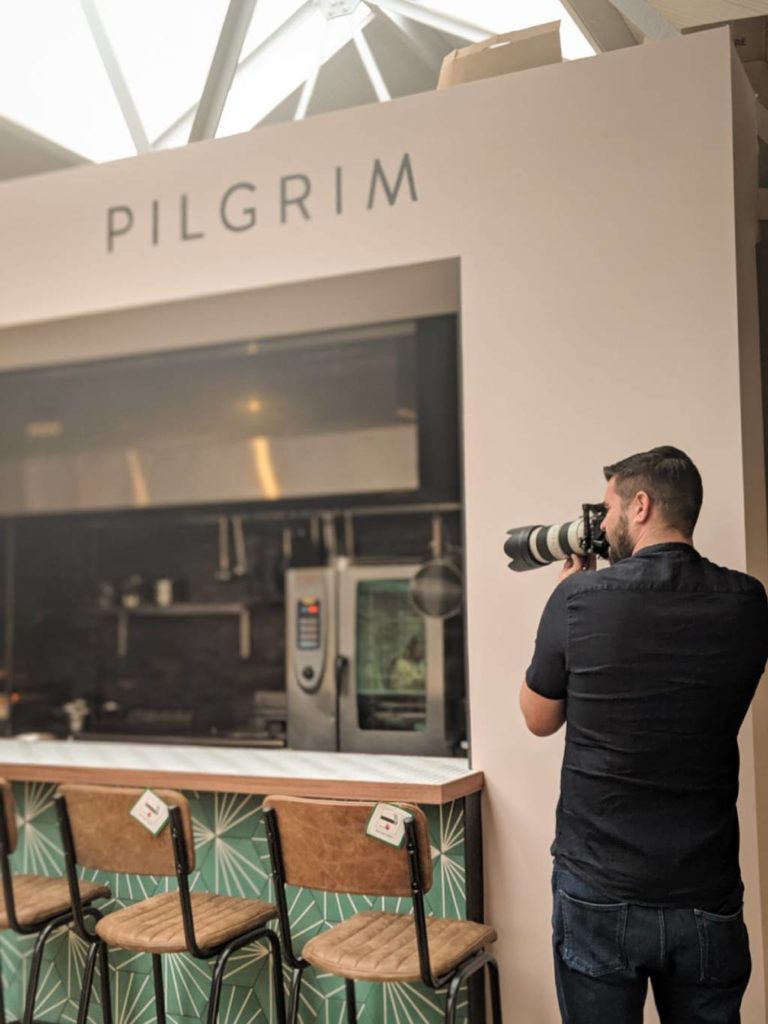 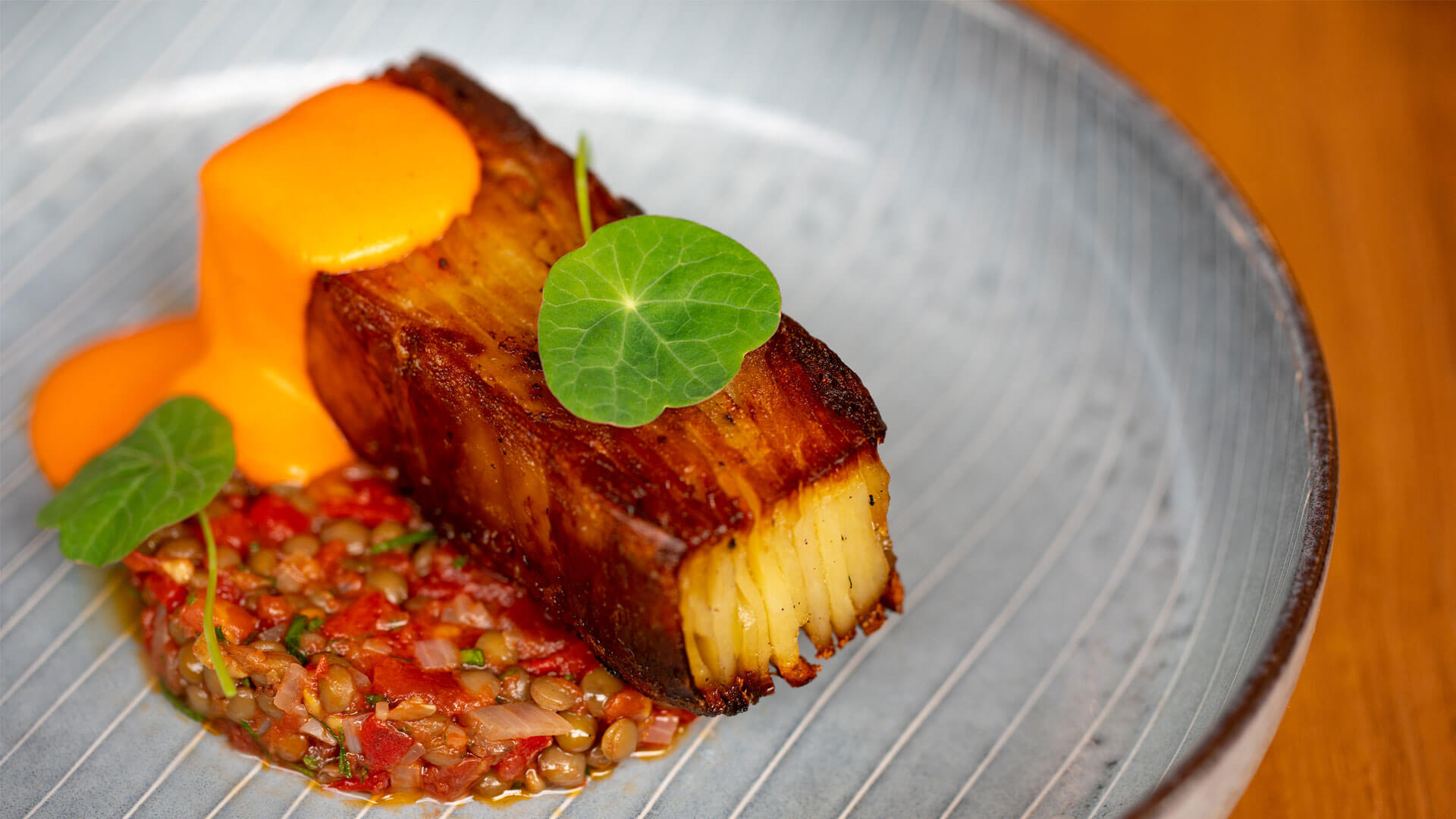 The main feature of Pilgrim is the kitchen space, open plan and available to sit and dine at too; customers can sit back and watch their meal cooked on the coal fire.  The guys have gone bang on trend with a shade of pink to complement the geometric green tiles!

The food shots were shot stark, without cutlery and on different surfaces to give a true feel of the restaurant.

We shot three dishes to be featured in Olive; pea and broad bean salad, heritage potato terrine and our personal favourite; roasted hake with clams, cider sauce and dill oil … the food was fresh, vibrant and sexy AF.

We wish the team all the luck on their Liverpool launch, we can’t wait to visit properly and enjoy what the guys have created!

Check out the Olive Magazine feature using our pictures.

If you would like to hear more about food photography from Natural Selection Design, sling us an email / call and we’ll send you our photofolio! 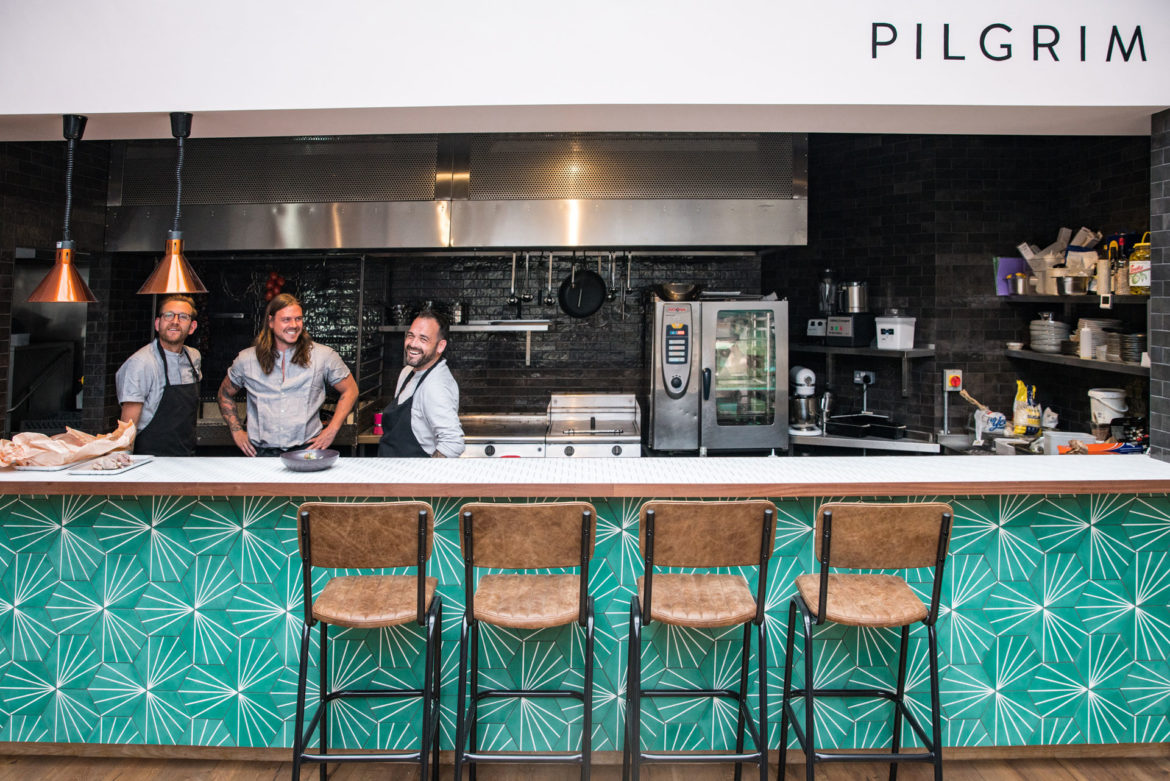